I have been trying for years to create a Whole30 potato soup that is hearty and flavorful. This recipe with sausage and kale is the perfect comfort food without the guilt. 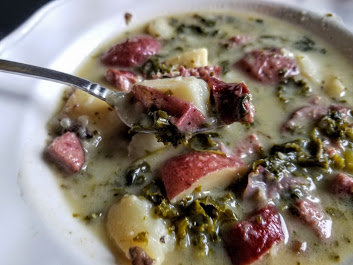 As an added bonus, this potato soup can be made on the stove top, in the slow cooker or in the Instant Pot which is my preference for most soups and stews. 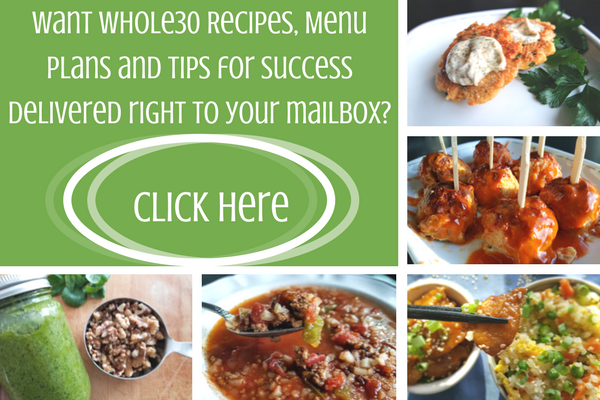 If you read about my Stuffed Green Pepper Soupthen you already know I am a huge fan of soups and stews during the winter months but most of all I love coming home to the aroma in the air and dinner all done. I use my slow cooker or pressure cooker at least two to three times a week. 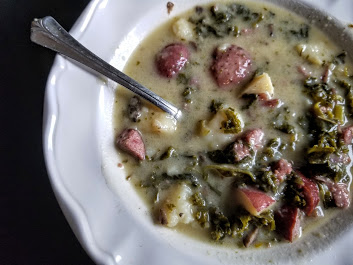 If you aren’t concerned with Whole30 compliant ingredients you can substitute the regular options. 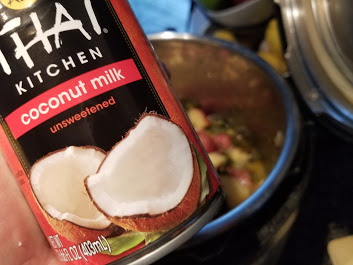 This version of soup was made in my Instant Pot but I will give you instructions for stove top and slow cooker too. 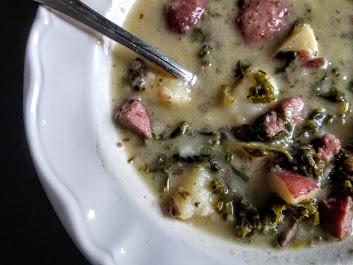 I have to admit, I was a bit worried about using kale in this recipe and thought about substituting spinach but the kale holds up so much better and doesn’t get slimy. Also, I was worried that the coconut milk would give it a bad flavor combined with all the savory ingredients but I was so pleasantly surprised that I don’t even taste the coconut. It’s a great substitute for milk or cream.

I'm a collector of collections. A collection of st

Sometimes you gotta go with your gut and paint it

Might not look too different but everything is org

Best thing that happened to me in 2022. Grammy lov

Grief is a wave that eternally ebbs and flows. No