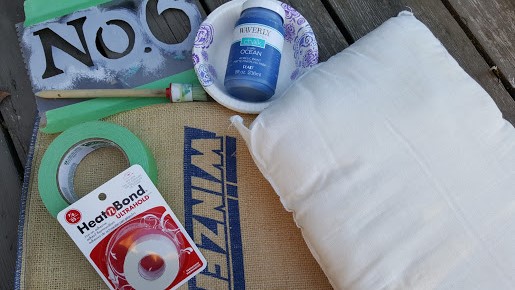 I salvaged a pillow form that fit perfectly inside the burlap bag so making a pillow was a no brainer but I really had no desire to break out the sewing machine to close the end of the burlap bag. So after seeing all these quick and easy no sew pillow tutorials on Pinterest I ordered some Heat N Bond iron on adhesive tape and figured this was going to be a slam dunk DIY project. First I pulled out my homemade No. 6 stencil that I have used on my spindle leg table with grain sack stenciled top and my drop cloth stenciled chair. After I used the green painters tape to secure my stencil I used a stencil brush to paint on Waverly Chalk Paint in the color of Ocean Blue. Surprisingly, that was the easy part of this no sew pillow project and the Heat N Bond tape application is what had me pulling out my hair. I read the directions, I watched the YouTube Video and I studied Pinterest posts to prepare myself for this “quick and easy” DIY project. 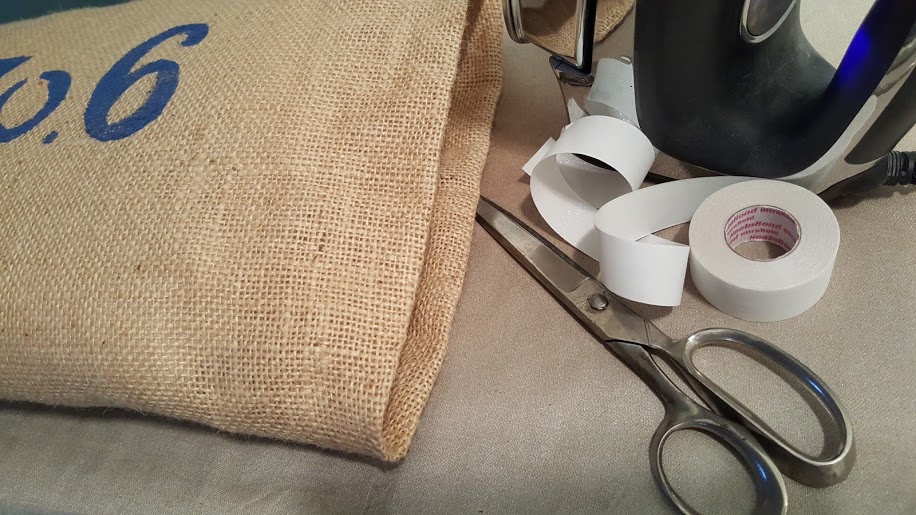 I grabbed my stenciled no sew pillow, scissors, iron and Heat N Bond adhesive tape. I cut a piece of the adhesive tape the length of the opening on my pillow. Once side of the tape is sticky and the other side has a paper backing so naturally the sticky side goes down onto the material. The instructions say to set the iron temperature to medium and turn off the steam. Once the iron was heated I ran it across the top of the paper which heats up the adhesive and gets it nice and gooey. Then I peeled off the paper backing and pinched the burlap together to close the opening of the pillow. I held it together and then ran the iron over the opening to help bond the edges together and seal the opening closed. 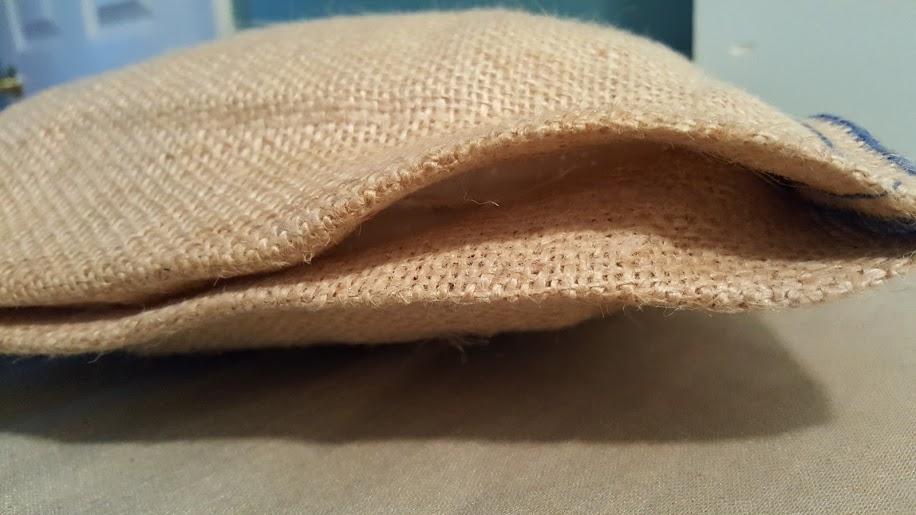 And here is where the Pinterest fail comes into play. No matter what I did the Heat N Bond tape would not stick and secure the opening of the pillow closed. I added another layer of adhesive tape to the top of the opening hoping that the two sticky pieces would adhere but nope. 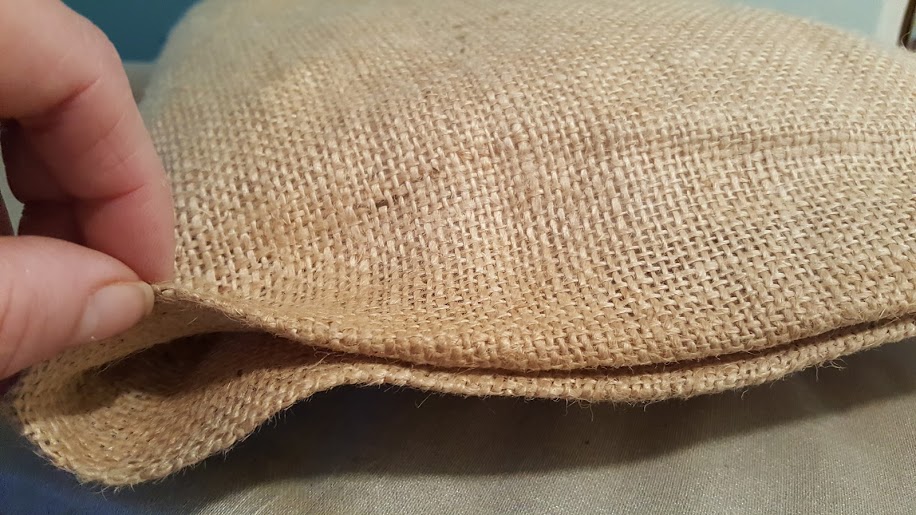 By this time I had had enough of the Heat N Bond and I went for the glue gun route. I added a nice long bead of hot glue to the edge of the pillow and pinched it together for a few seconds and ta-dah……my no sew pillow was complete. 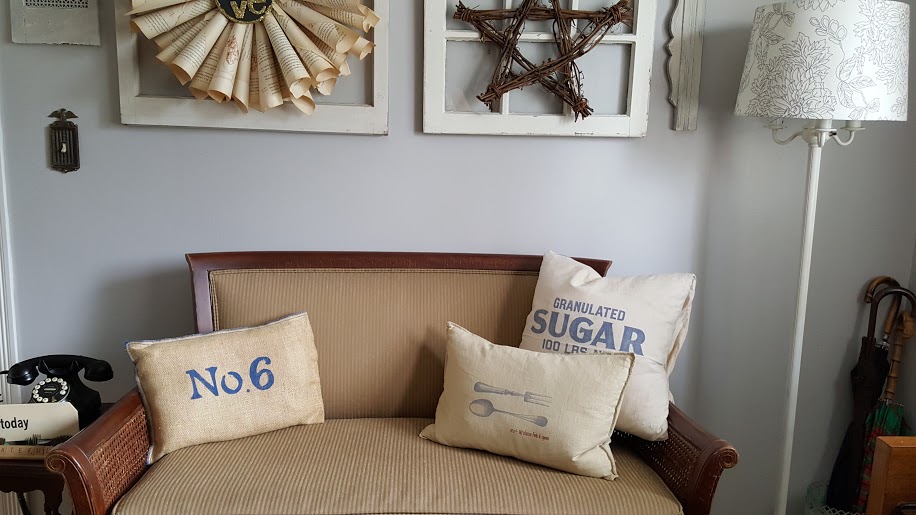 So after doing some more research and posting my Pinterest fail pics on Instagram I learned that Heat N Bond doesn’t particularly stick to burlap very well. No duh….I can attest to that fact. With that being said, I haven’t given up on Heat N Bond just yet and will attempt it once again on another project I have in the works. In the meantime, I think I salvaged by now sew pillow from a Pinterest fail and made a cute no sew pillow for my bench. Early morning. Not my favorite part of the day but

Welcome to my office. . Doesn't look much like a t

I love the magic of black spray paint. . Just do

When a collection becomes art. I like it. . Unique